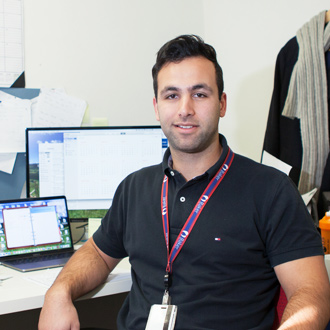 Annas Al-sharea is a postdoc currently working in A/Prof Andrew Murphy’s laboratory. He completed his post-graduate qualifications at Monash university in the department of Immunology.

His current work focuses on the modulation hematopoietic system in cardiovascular disease settings. Previous publications from his post-graduate degree focused on altering the nervous system components in these settings. His work highlighted the potential for cholinergic components to act in dampening the hematopoietic system thereby reducing the progression of vascular disease, namely atherosclerosis. Also, building on previous findings he has investigated how chronic activation of sympathetic components in the setting of hypertension can result in altered hematopoiesis and ultimately the atherosclerotic lesion progression.

He is currently furthering his research into a detailed analysis of how the bone marrow microenvironment is being altered in cardiovascular disease and if cholinergic components within the bone marrow can be targeted to reverse these changes. His work also aims to uncover a new mechanism involved in hematopoietic stem cell homeostasis which may provide avenues for the development of mobilisation strategies independent of current practises.