Mind and muscles: how to age well — Cosmos Magazine

I’ve driven through the coal-rich soils of Victoria’s Latrobe Valley, past the apocalyptic towers of Yallourn power station to Maffra, a dairy town set amid farm-studded flatlands that sweep in a panoramic rise up to the serried peaks of Australia’s Great Dividing Range.

This is Karla McKinlay country.

On the undulating bitumen of the Maffra backroads, the 72-year-old retired anaesthetist has honed a physique that allows her to do things many people 50 years her junior would find impossible. Last year she completed the Ironman World Championships in Kona, Hawaii. For the uninitiated, that’s a 3.8-kilometre swim and 180-kilometre bike ride, topped off with a marathon across the unforgiving windswept south-eastern tip of Oahu Island.

McKinlay greets me at the door of her modest house. She is elfin, clad in sports gear, and sprouts a shock of white hair above a steely gaze that reeks of determination. Across the kitchen table she gives clues to where all that grit comes from.

“When I was a kid I was always top of the class at school, but in sport, although I was sporty and I made the school team, I was never number one,” she says.

Our chitchat takes in an almanac of sporting achievement that would seem to have made up for the deficiency: 19 Ironman races since the age of 63; first Australian female over 70 to complete Kona; fastest time of 12 hours 54 minutes. To give perspective, that’s more than an hour faster than the time set by Australia’s younger, and famously fit former prime minister, Tony Abbott, in his debut ironman competition in 2010.

It’s a CV that looks firmly in the reserve of the freakish elite, and Kona may well be off the agenda for most older folk. But science is delivering a loud message to those who think getting old means an inevitable slide to decrepitude: the key to physical prowess may well lie in your hands, or legs.

Actually, let’s start with your head.

Joe Baker, an exercise scientist at York University in Toronto, Canada, is researching the insidious effects of old age stereotypes.

“I’m 50 next year and I wake up and my back is sore, and I don’t have the flexibility that I used to,” Baker told me over Skype. “It’s so easy to just say ‘well, yeah, you’re getting older’. But hold on ... you’re buying into the stereotype at that point.”

This is no “pull yourself up by the bootstraps” platitude, as Baker makes clear in a study his team has just run. They had two groups of older adults read fake newspaper articles about how the elderly negotiate stairs. One group read an article saying stair climbing worsens with age due to “frailty, shakiness and general inability”. Switching paradigms, the second group read how stair climbing improves with age due to “accumulations of experience, resiliency and fitness”.

On a subsequent stair-climbing task, not only were those who read the downer message about ageing less confident and more scared of falling, their biomechanics worsened and they were less steady on their feet. It’s a phenomenon called priming, where simply activating a mental concept such as “being old makes you unsteady” can be self-fulfilling.

That concept, however, gains little truck with one particular group.

“We haven’t been able to draw the link between negative stereotypes and older athletes, because they don’t seem to buy into that identification with an older adult group,” said Baker.

It is perhaps no coincidence, then, that back in Maffra McKinlay has positive self-affirmations, such as “tough it out, so if you fail try one more time”, scrawled in neat cursive on a whiteboard.

“I think it is quite clear for performers at any level and any age those kinds of messages have a positive effect because they increase confidence and they increase self-efficacy,” said Baker.Winding back age, however, isn’t just in the mind.

Research under way in Melbourne is showing that exercise can, literally, make your body younger.

I have huffed and puffed on my bicycle to the Institute for Health and Sport at Victoria University in Footscray. It is a hive of offices and bicycle-rigged exercise labs nestled on the once picturesque, now heavily industrialised banks of Melbourne’s Maribyrnong River.

Across a boardroom table they mention, intriguingly, that their current study involves “chipping”, so we head down to the lab to see what that entails.

There is not a deep-fryer in sight. We meet a young man peering intently at a tiny piece of frozen red meat that he is manipulating with a scalpel and tweezers.

It is a fragment of human thigh muscle being “chipped” into slices to be processed for DNA analysis.

Eynon and Voisin are part way through a study called Gene SMART – the acronym stands for Skeletal Muscle Adaptive Response to Training – in which nearly 100 men have donated a snippet of quadricep to rate their “epigenetic” age.

Epigenetics, the researchers explain, is the study of things that can turn genes on or off, including environmental factors such as toxins and stress, without altering the genetic code. Down at the DNA level, one of the processes that flicks the gene switch is called methylation.

“When you have your DNA strand, you have A-C-T-G codes that are together in a double helix,” said Voisin. “Methylation is just the addition of the methyl group to cytosine (C). It’s like a little lollipop attached to the cytosines of your DNA at different spots.”

Voisin tells me that calorie restriction can produce an epigenetic “signature” or biological age younger than a person’s chronological age. It is much less clear, she says, whether exercise could have a similar effect.

To find out, she and Eynon had their participants ride exercise bikes to exhaustion to gauge their “VO2 max”, or the maximum amount of oxygen they can use, peak power output, lactate threshold and levels of an enzyme called citrate synthase, a marker of efficient energy production. Each person was then assigned a fitness score and the researchers compared the fitter half to the less fit half.

Back in the boardroom Voisin is poised to swing her laptop around and show me the results, which are being prepared for publication. I’m reminded of an art house auctioneer pulling back the curtain on a prize exhibit, and for connoisseurs of statistics the graph could well be a masterpiece.

On the left, a plot of the least fit people shows that their actual ages tally with their biological ages based on DNA methylation; the two are linked in a ladder of roughly horizontal lines. On the right, however, the ladder of the fitter people is wonky; their actual ages slope down in near uniform lines to their much lower biological ages – which are lower, on average, by four years.

“This is the first attempt to show that exercise can slow down ageing at the epigenetic level,” said Voisin. The result, adds Eynon, is that exercise is setting up skeletal muscle to succeed.

“Epigenetics is priming the gene expression ... genes that are key in metabolism, in exercise adaptation and mitochondrial function are being altered a lot after exercise,” he said.

Mitochondria are the cells’ powerhouse, where oxygen is converted into the adenine triphosphate that fuels muscles, and they are under intense scrutiny in the world of exercise science.

One of those leading the charge is Andy Philp of Sydney’s Garvan Institute of Medical Research, whose research looks at the effects of exercise and ageing on mitochondria. In that endeavour he is assisted by some very energetic mice and some rather small treadmills

“Mice are most active at night, so when the lights go out and you give them a wheel in their cage they’ll run ... the most we’ve seen is about 15 kilometres in a night,” Philp told me over Skype.

Heading off animal welfare concerns, he points out the mice do this instinctively, and get to rest during the day. The mice do, however, make the ultimate sacrifice to hand over a sample of thigh muscle.

Philp is looking at how the muscle mitochondria respond to periods of exercise that range from three to 21 days. The answer, it seems, is dramatically.

“What we were surprised at is how quickly the mitochondria adapt,” he said. “You’re almost doubling the synthesis of new mitochondrial proteins within a few days.”

Mice, of course, aren’t men, or women, but Philp’s previous research has shown that training improves fatigue resistance in humans, an effect probably related to more mitochondria. With age, however, our mitochondria get damaged and we are less able to repair them and make new ones.

The burning question is to what degree exercise can keep your mitochondria shipshape as you get older.

In work being prepared for publication, Philp took muscle biopsies from three groups: healthy but sedentary younger adults, healthy sedentary older adults, and Masters athletes over 70 who have been exercising all their lives.

“We found, quite strikingly actually, that there wasn’t a huge difference in sedentary young versus sedentary old,” said Philp. “But the Masters cohort that trained all their life had about two or three times more mitochondrial content than both the young and the old.”

That is great news for the older demographic. But it remains a dismal fact that muscle mass declines with age – we lose around 1% per year after 50. The process is called sarcopenia.

It gets worse. Philp explains that older people need to ingest nearly three times more protein than younger folk to build the same amount of muscle, a phenomenon called anabolic resistance. But exercising more, it turns out, can alter the dynamics.

“If you trained an individual, old or young, at the end of that training they are more anabolic sensitive to protein,” he said.

“The important message is muscle doesn’t lose its ability to adapt to exercise ... that old adage that ‘it’s never too late’ is really quite true when it comes to muscle.”

Those muscles, of course, need a healthy ticker to pump all that oxygen-saturated blood to them. Research at Melbourne’s Baker Heart and Diabetes Institute is taking a close look at how the ageing heart handles the job. The news, it seems, isn’t all good.

I’ve biked in to Melbourne’s inner suburbs to meet Andre La Gerche, head of sport cardiology at the Institute.

“The benefits of exercise across the age spectrum, I think, are really well established,” he said. “Athletes live longer, they have fewer heart attacks, fewer strokes.

“But there is one tiny little sting in the tail, which is it seems pretty clear high levels of exercise do increase the chance of some heart rhythm problems.”

La Gerche is elbow-deep in a study that aims to gauge the precise size of that sting. He is running a cardiologist’s fine-tooth comb over 320 former elite rowers, all aged between 50 and 85, who have competed at World Championship or Olympic level. Preliminary results are in on the first 140. 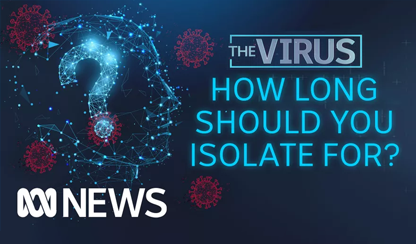 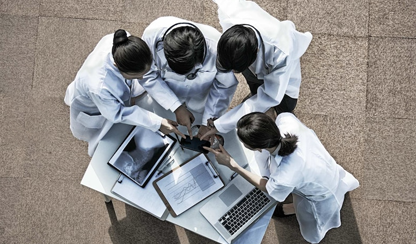