The Baker Heart and Diabetes Institute is committed to rewarding excellence in student scholarship. The Paul Korner Medal for Outstanding Achievement was established in honour of Paul Korner's contribution to medical research and the Baker Institute. 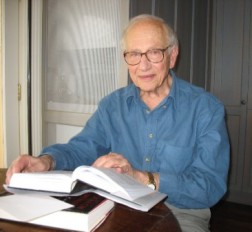 Emeritus Professor Paul Korner graduated from the University of Sydney in Science and Medicine, and obtained his clinical training at Royal Prince Alfred Hospital. In 1975 he became Director at the then Baker Medical Research Institute and during his directorship, the Baker became the first Institute in Australia entirely dedicated to cardiovascular research and earned an international reputation for excellence in research on hypertension and atherosclerosis. He is the author and co-author of some 330 papers, chapters and other published works. He has had a distinguished career, both nationally and internationally. He is an Officer of the Order of Australia, and a Fellow of the Australian Academy of Science.