The history of the Baker Heart and Diabetes Institute

The establishment of the Baker Institute in 1926 was the culmination of sustained effort by many people. Of note is pathologist, John Mackeddie, who wanted to improve the laboratory facilities at The Alfred Hospital to keep up with the exciting advances in medical research overseas. He was able to persuade his friend, the pharmacist and philanthropist, Thomas Baker, who was also very interested in medical research, to support his vision. In 1922, Thomas Baker financed a biochemistry department at The Alfred Hospital. Following the opening of the new building in 1926, Thomas Baker and his wife, Alice, pledged ongoing support for the laboratory, that was named ‘The Thomas Baker, Alice Baker and Eleanor Shaw Medical Research Institute’ after the Bakers and Alice’s sister. With a handful of staff in a small laboratory at the back of The Alfred Hospital, the Baker Institute was born.

Scientific research in the early years ranged from surgery to asthma and infectious diseases. The need for enhanced laboratory facilities and more space would be an ongoing concern for many decades as the Institute continued to grow in size and stature. In 1969, a new Baker building was officially opened by the then Premier of Victoria, Sir Henry Bolte. The rebuilding of the Institute was helped in large part by Chairman of Trustees, Edgar Rouse. Rouse’s father, John, had founded the firm, Baker & Rouse, with Thomas Baker which became Kodak Australasia in 1908. During the ensuing decades, the Baker, Shaw and Rouse families provided considerable financial support and business acumen to the Institute.

Following the development of the new facilities came a decision by the Institute Trustees in 1975 to concentrate on only one major area of clinically important research, cardiovascular medicine. In 1984, the International Diabetes Institute (IDI), the first Institute in Australia to concentrate only on diabetes and associated disorders, was established. In the ensuing 24 years, the IDI became the largest diabetes research institute in Australia, and a leading centre for diabetes research and care in the Asia-Pacific region.

At the start of the 21st century, a significant investment from Mr Chuck Feeney and The Atlantic Philanthropies would prove transformational for the Institute. The Baker Institute moved from the back of The Alfred Hospital, where it had been located since 1926, to a state-of-the-art, purpose-built facilities in 2002. This gift had many benefits, building research capacity and capability as well as collaborative opportunities. It paved the way for the development of one of Australia’s leading scientific precincts, the Alfred Medical Research and Education Precinct, integrating biomedical and clinical research, education and health care. 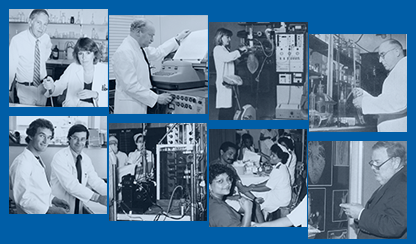 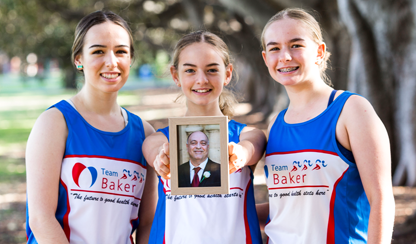 Over 94 years of research excellence

Over the years, our researchers have been responsible for many groundbreaking advances.