The 1.5 million Australians living with type 2 diabetes are twice as likely to suffer a sudden cardiac death, where the heart suddenly and unexpectedly stops working, compared to those without the condition, according to a new report.

The latest national snapshot of type 2 diabetes and cardiovascular disease also reports that developing type 2 diabetes early in life is one of the greatest contributors to an early death. 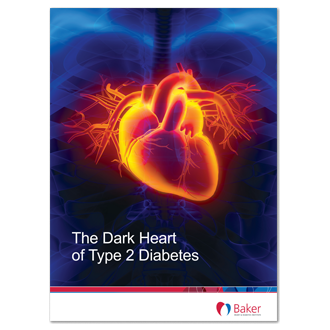 Released today by the Baker Heart and Diabetes Institute, The Dark Heart of Type 2 Diabetes report shines light on the sinister interplay between type 2 diabetes and cardiovascular disease in Australia.

Report co-author and Head of Clinical Diabetes and Population Health at the Baker Institute, Professor Jonathan Shaw said that while great strides had been made in controlling blood glucose levels and thereby reducing the associated risk of kidney disease, loss of sight and limb complications, “cardiovascular disease remains a clear and present threat for people with type 2 diabetes”.

“The reality is that Australians with type 2 diabetes are much more likely to die from heart disease, and at a younger age, than those without the condition — regardless of whether their blood sugar levels are elevated or under control,” said Professor Shaw.

“Perhaps the greatest concern is the risk of sudden cardiac death which happens without warning, even among people with no history of heart disease. The importance of regular check-ups cannot be understated,” he said.

The Baker Institute report, supported by an unrestricted educational grant from Boehringer Ingelheim and Eli Lilly, notes that the number of people diagnosed with diabetes early in life is increasing rapidly.

“Over the last decade, we have seen reductions in heart disease deaths in older Australians with diabetes, yet we have not seen the same improvements in those under the age of 40,” said Professor Shaw.

“While glucose-lowering medicines can protect against some of the consequences of diabetes, such as blindness and kidney damage, people with type 2 diabetes remain at significant risk of cardiovascular disease and should speak to their doctors about lowering their risk,” he said. 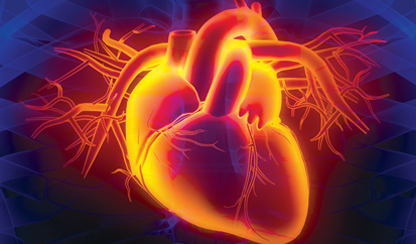 The dark heart of type 2 diabetes