Providing evidence of the two types of diabetes — a step that changed the concepts, research and treatment of diabetes.

In the late 1940s, Baker scientists noted that the severity of diabetes was unrelated to the insulin dose which suggested to them that some people with diabetes secreted insulin and others did not. Their studies measuring insulin in the plasma of their subjects was the first confirmation of the proposed two forms of diabetes. The original observations were not published because the concept was contrary to prevailing views and would not have been accepted.

One of the researchers went on to confirm the initial results with colleagues at Kings College Hospital, London. They showed that there were two types of diabetes — one with (non-insulin dependent diabetes mellitus [type 2]) and the other without available plasma insulin (insulin dependent diabetes mellitus [type 1]). This work was published in the British Medical Journal in 1951, including reference to the earlier studies at the Baker Institute (Bornstein, J and Lawrence, R BMJ 1951).

The concept of two types of diabetes is now universally accepted and this pioneering work has changed the concepts, research and treatment of diabetes. 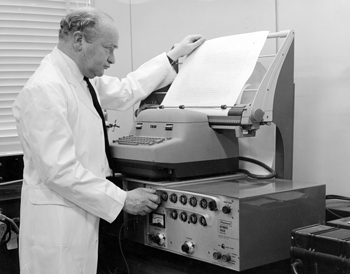